How can museums begin to more closely connect with in-school and out-of-school digital literacy practices, tapping the tools of the digital age as well as the elements of making, connecting, and experimenting that create powerful possibilities for learning?  Can we, as museum educators, begin to see ourselves as designers, and reposition ourselves as active agents of change in today’s education environment?  In what ways can museums be more involved in re-envisioning what education looks like?

PIPS:lab gets recklessly stuck between theatre, cinema , painting , gaming and music. It is a glimpse of the future where all boundaries between realities are completely diffused. PIPS:lab brings you into an augmented state of confusion.

The players are dominated by a ruthless computer they must obey. The audience witnesses the live recordings of a science fiction video in the form of an inscrutable choreography of two men and a camera, grimly looking for a galactic way out. The spectators hitch like virtual refugees in a spaceship and play an important role in this almost nostalgic trip in the future, as in any PIPS:lab show.

If you love books, libraries are some of the most spectacular buildings in the world.

To celebrate these monumentally important buildings, we’ve complied a list of the most magnificent libraries on the planet.

From a library hidden in the forests of Beijing to one in Egypt that was designed like a sundial, these are the libraries that all book lovers should visit in their lifetime.

via 18 Of The World’s Greatest Libraries – Business Insider.

Libraries are generally underrated as places to take some rare time out, sit for a while, read a book and admire the often stunning architecture.

But French photographer Franck Bohbot has taken it upon himself to travel the world in search of some of the most beautiful book havens out there and so far has visited Paris and Rome.  He plans to travel to Europe and South America, North America and Asia next.

His on-going project, House of Books, is just beginning, but he aims to “offer a new approach in terms of atmosphere, colours and composition”. 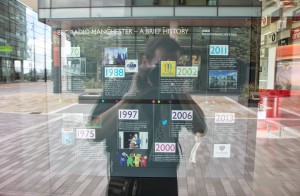